Guesting On Podcasts Is A Networking Strategy 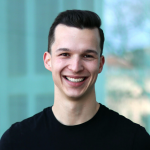 Guesting on podcasts is a networking strategy.

Yet, most brands don’t treat it that way.

Here’s what I mean…

When people strategically appear on podcasts, they think that everything will happen once the episode goes live.

They expect that people start reaching out to them, they get new connections on LinkedIn, or even win a few new customers.

And whilst these things happen, they are NEVER guaranteed.

But do you know what is ALWAYS guaranteed?

💡 The interaction with the host.

Earlier this year, we worked with a CEO of a seed stage cybersecurity company.

And they approached their podcast guesting campaign the right way.

Instead of just waiting for each interview to go live, their team was proactive.

After a podcast interview, they reached out to the host and suggested a couple of ways to promote the episode.

But with one podcast, the conversation continued even further…

A few emails later, the host mentioned that their company is currently searching for a new cybersecurity provider and asked to schedule another call.

Long story short, our customer (the guest) landed the biggest ARR customer from this interaction alone.

(which paid for our entire campaign many times over)

Now why did this happen?

First, our customer got prepared and, as a result, the interview went really well.

Second, the interview itself established trust between the host and the guest.

And third, the guest’s proactiveness after the episode started a conversation that took the relationship further from “just” the host-guest dynamic.

Perceive each interview as the beginning of a potential business relationship.

That way, you and your team will invest more time and effort into each podcast opportunity.

And funny enough, more people will reach out to you once the episode drops too. 🙂

Is podcast guesting right for you?

Find out if Speak On Podcasts can help you create demand and increase brand awareness in your industry.
Book a Call

2 years in business. 1,500 podcast interviews booked. Here are 5 things you MUST AVOID if you want to get accepted as a guest. 👇🏻

Got invited onto a podcast as a guest? Don’t just “wing it” Here’s how to prepare the RIGHT way: 👇🏻 💥 Read the podcast description

Can You Generate Leads By Appearing On Podcasts?

Yes, you’ll generate leads by appearing on podcasts. BUT! 💥 You shouldn’t treat it as a lead generation strategy. You see… Just a fraction of

Video pitch vs. Email pitch What works better? 👇 Here’s what I learned from the top 0.5% podcast host: “Video is great BUT… … email

Podcast Guesting Shouldn’t Be Your Only Marketing Activity

This will sound weird coming from me but… Podcast guesting shouldn’t be your ONLY marketing activity. There are simply too many things outside your control.

Book a call now to learn more about leveraging podcasts as a part of your B2B strategy.

Book a call
We use cookies on our website to give you the most relevant experience by remembering your preferences and repeat visits.
Cookie SettingsAccept All
Manage consent